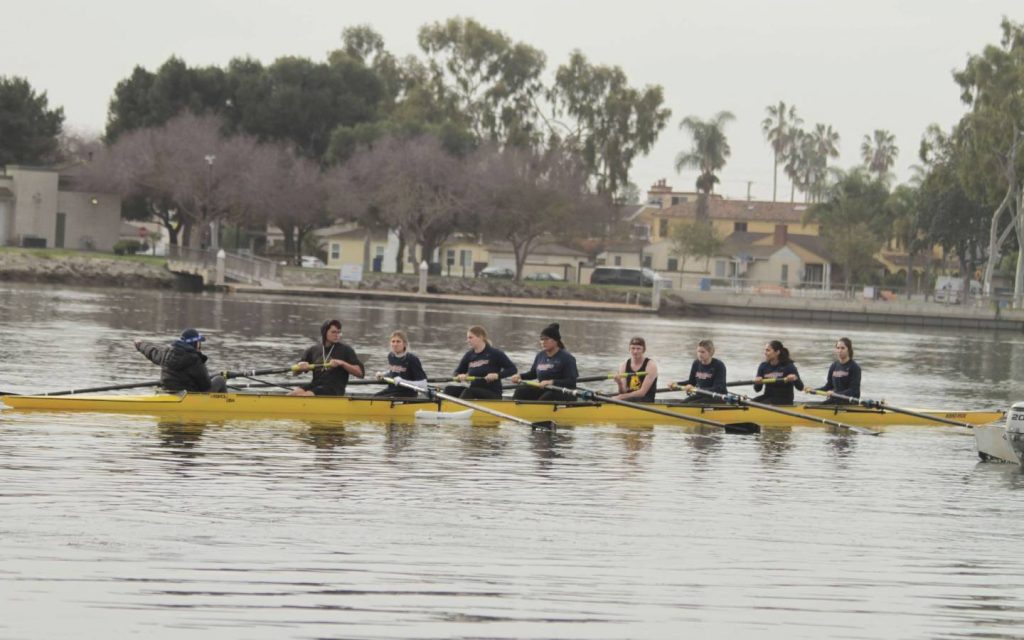 Near the end of winter break, the Long Beach State Crew hosted a learn-to-row event for the CSUF Softball team. Members of both the Men’s and Women’s crew teams, along with coaches and club members, participated in teaching these Titans how to row on both land and sea.

The team building day started with volunteers setting up ergs and boats before the softball team arrived. After their arrival and introductions, instruction began on the ergs in eight groups. Each athlete was given a chance on the erg with a volunteer taking them through every step. At the end of the warm-up, they participated in a 2K relay erg race.

Throughout the relay, there was a roar of positive reinforcement and healthy competition. After the relay race, everyone went out onto the wash deck to be assigned to boats. We had five boats go out on the water that morning with at least two experienced rowers and one experienced coxswain in each eight.

Each boat was followed by a coach in a launch to instruct the new rowers. Some boats made it halfway around Naples Island and were able to row all eight rowers at the same time. They spent about an hour on the water before heading back to the dock.

The boats were cleaned by their crews with a couple of Titans stepping up to hose down the boats. Before putting away the boats, volunteers said goodbye to the CSUF softball team and thanked them for their time and donation to make this event happen. It was a successful team-building day for both the crew teams and the softball team. 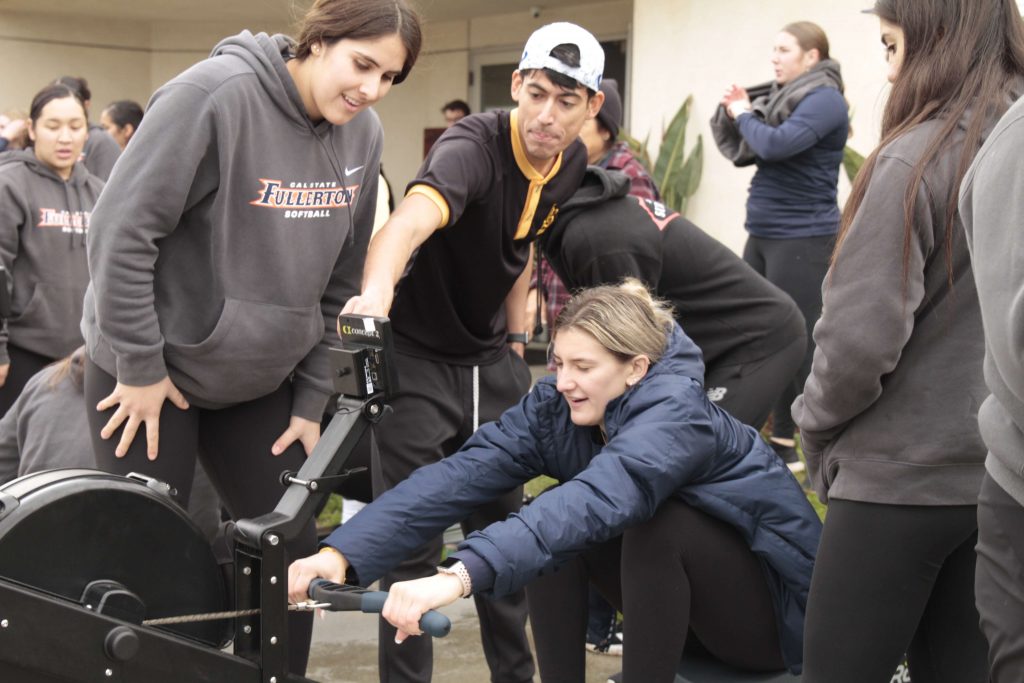 Ron instructs the CSUF Softball team on the ergs.