Every year, the Long Beach Rowing Association hosts the annual Christmas Regatta, which included junior crews, clubs, and colleges from San Diego, California to Tempe, Arizona. All races took place in the Marine Stadium. The start had a stake boat quick start and the rowers sprinted down the 850 meter course. Rowers and coxswains alike dressed in festive costumes like Santa hats and reindeer antlers. CSULB women’s coxswain and rower, Nadia wore her reindeer onesie for the occasion.

The festivities started at 7:30am with the women’s open singles and ended at 4:40pm with the mixed junior doubles. Our women’s crew competed in three races total, first in a varsity four, second in the novice four, and lastly in a mixed eight. Their first race at 11:40am was against one other boat, the Los Angeles Rowing Club Women’s Masters. We had a strong start but slowly lost momentum throughout the sprint. Our boat finished second with a time of 3:39.577, twenty seconds behind the master’s boat. The second race was against six other women’s master’s club teams. Our novice women’s four finished sixth out of seven boats with a time of 3:58.234, beating River City Rowing Club, from Sacramento. In their last race in the eight, they finished sixth out of seven in 3:24.174, defeating the Los Angeles Rowing Club’s B boat by 3 seconds. It was a busy, but fun way to wrap up the fall rowing season. 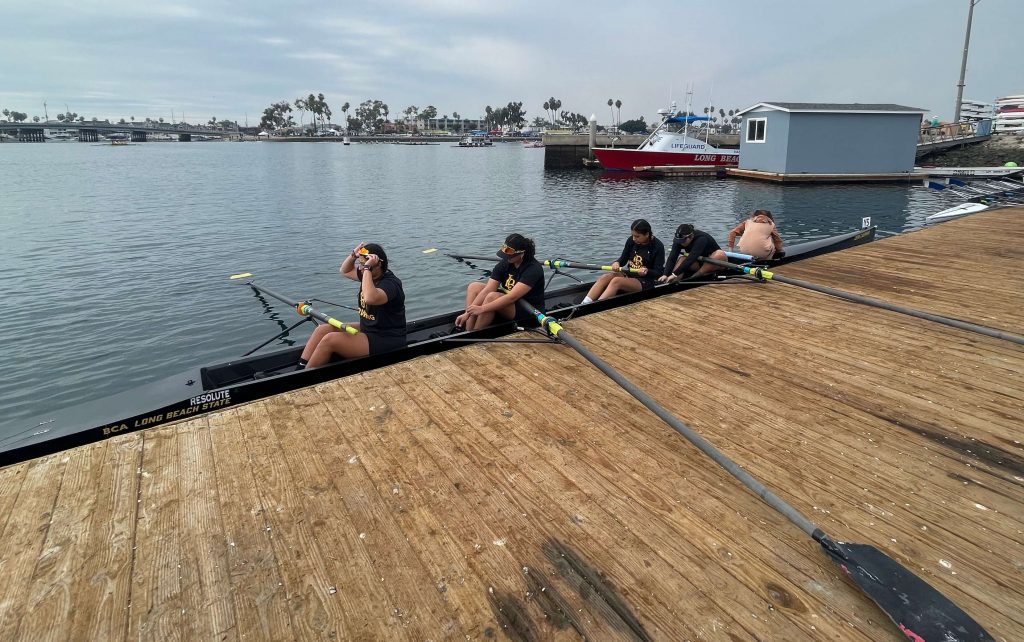