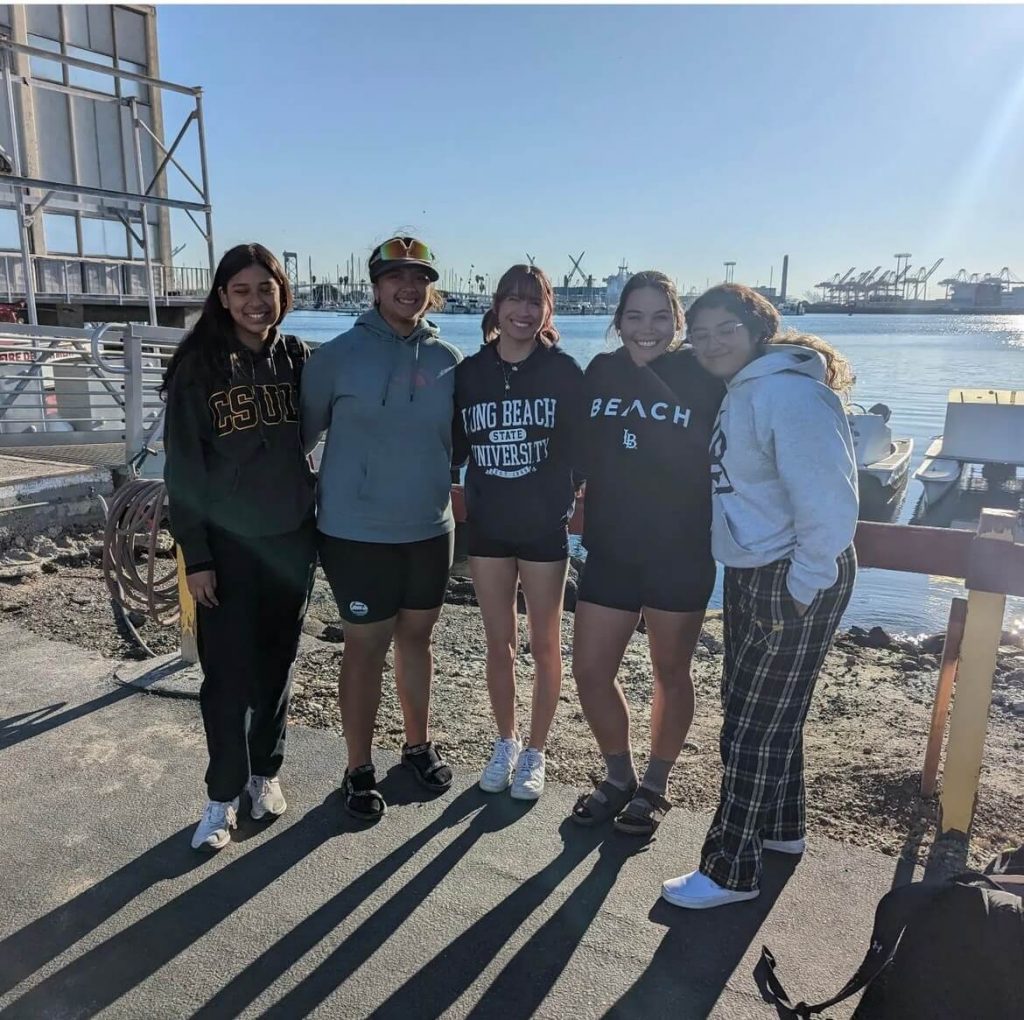 The Women’s Crew competed in USC’s Head of the Harbor in a varsity four boat. The Head of the Harbor race is in the Port of Los Angeles and the course is almost five thousand meters. The women’s four race started later in the morning at around 9:45 am.

The current was very strong at the time which made it challenging. They started right after making their turn towards the start line by the San Pedro Fish Market. Going against the current during the race made it difficult for them to have low splits, however, they were able to keep a level set. They took on a couple of wakes with lots of tugboats and barges in the port, but they were able to stay focused throughout the race. The finish was easier for the rowers, as they were further into the harbor, and they finished in fifth place with a time of 26 minutes and 10.66 seconds.

Team Capitan, Lesly stated, “I think overall it was a good experience especially since it’s a venue different to what we’d been used to.”

The Women’s Crew Four and Coxswain at Head of the Harbor. From left to right, Scarlett, Lesly, Nadia, Kiley, and Sabrina