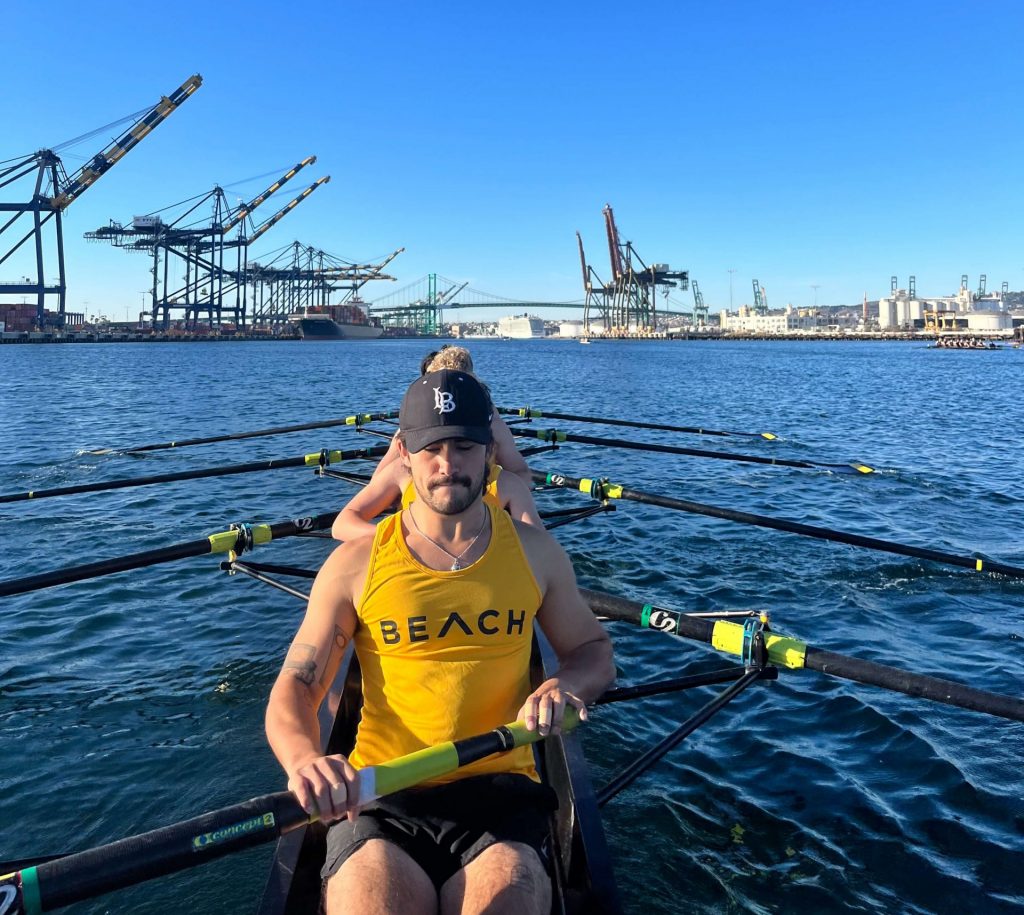 At five in the morning, the Long Beach State University Men’s Crew met at the boathouse to get situated before going to their final race of the fall season at the Head of the Harbor. The Head of the Harbor is hosted by USC and located in the Port of Los Angeles, which is surrounded by barges, tugboats, and shipping boats. Shortly after arriving at the USC boathouse, the Men’s Crew unloaded and re-rigged boats to prepare for the race. They participated in three head races. One varsity eight, one novice eight, and one novice four rowed the almost five-thousand-meter course that started at the San Pedro Fish Market and ended near the USC boathouse.

The first race was the varsity eights, and they were the third boat to start. The water was choppy in the beginning, which made it difficult for the rowers, but after the Vincent Thomas Bridge, they were able to follow the run of the boat and keep strong, connected strokes. The varsity team finished in 20 minutes and 37.44 seconds and placed seventh out of eight, beating UC Santa Barbara by about one minute.

The massive ships on the water were intimidating and waked our novice eight and novice four boats during their races, getting rowers and coxswains soaked in the process, but they were able to push through without needing to stop. The novice eight boat finished in 22 minutes and 42.29 seconds, placing fifth out of six boats and beating San Diego State by about 2 minutes.

Our novice four finished the course in 21 minutes and 17.63 seconds beating Arizona State by about 3 minutes. It was a long and challenging day for the Men’s Crew, but they persevered and gained experience on less-than-ideal waters.

The novice eight boat with Giovanni in the stroke seat. 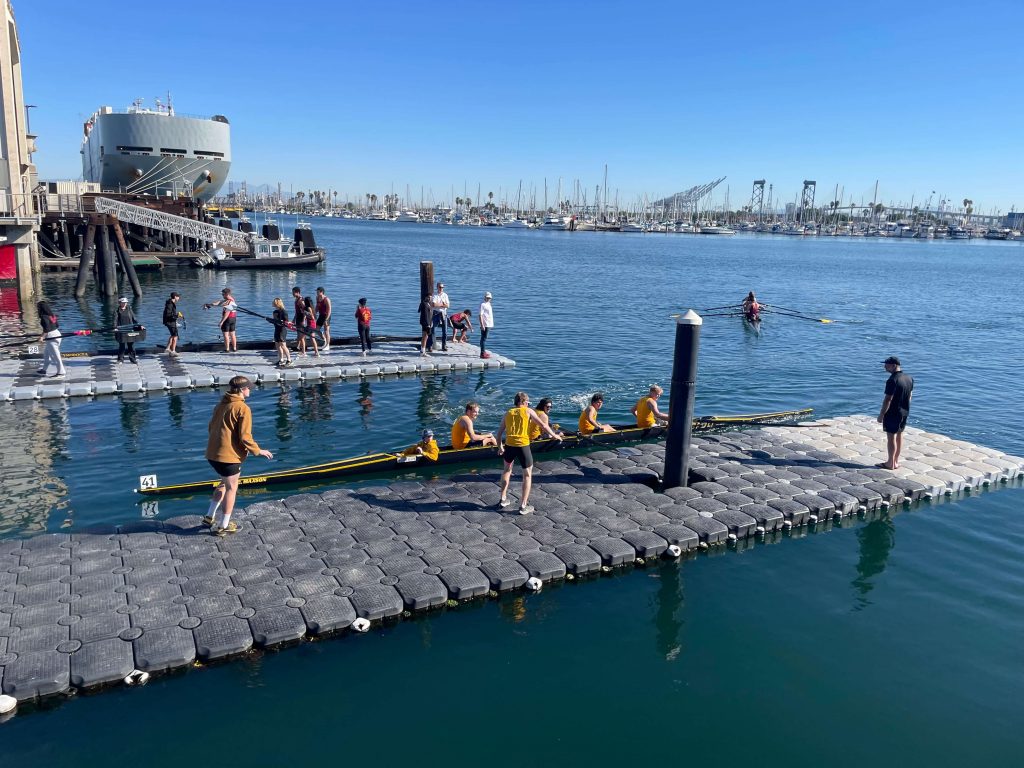