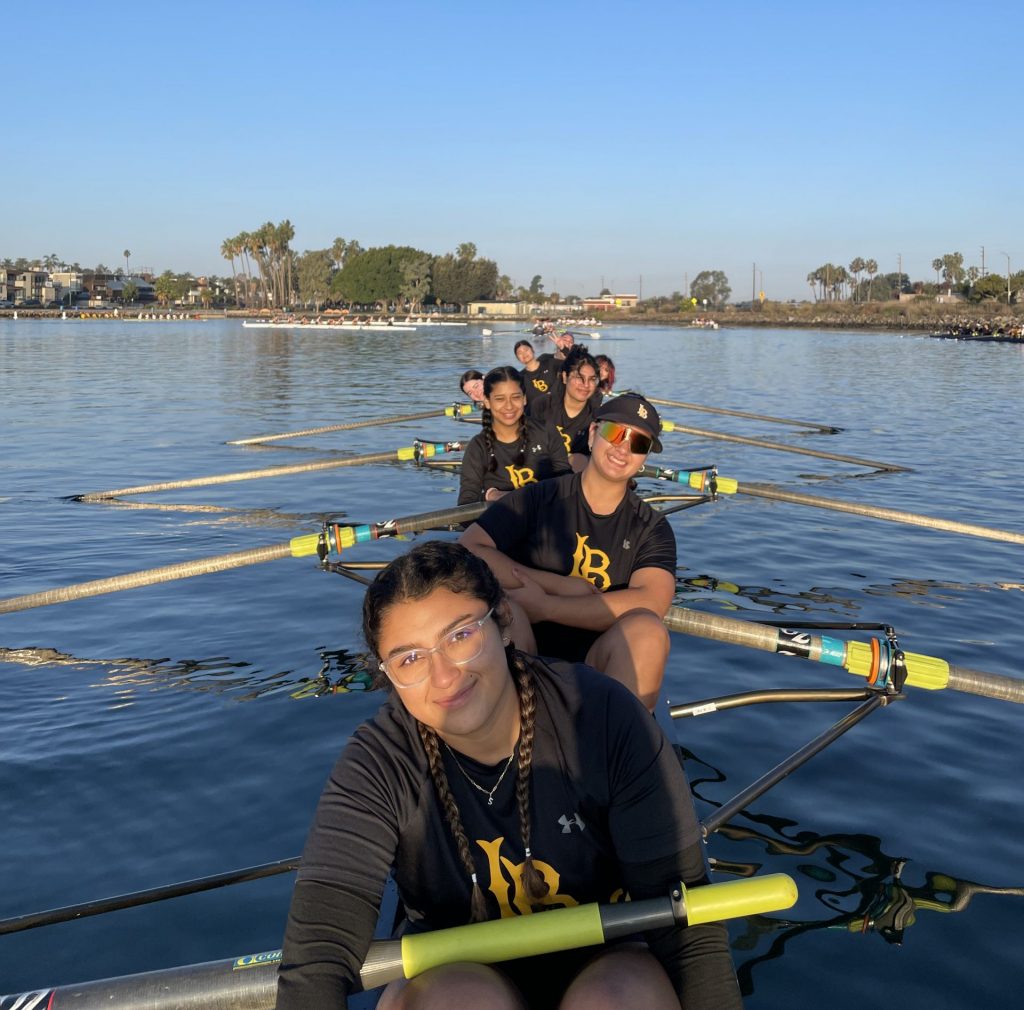 It was a busy day for the women’s team, but overall, a rewarding experience. The women’s head coach Katrin stated to the team, “You looked great out there.” 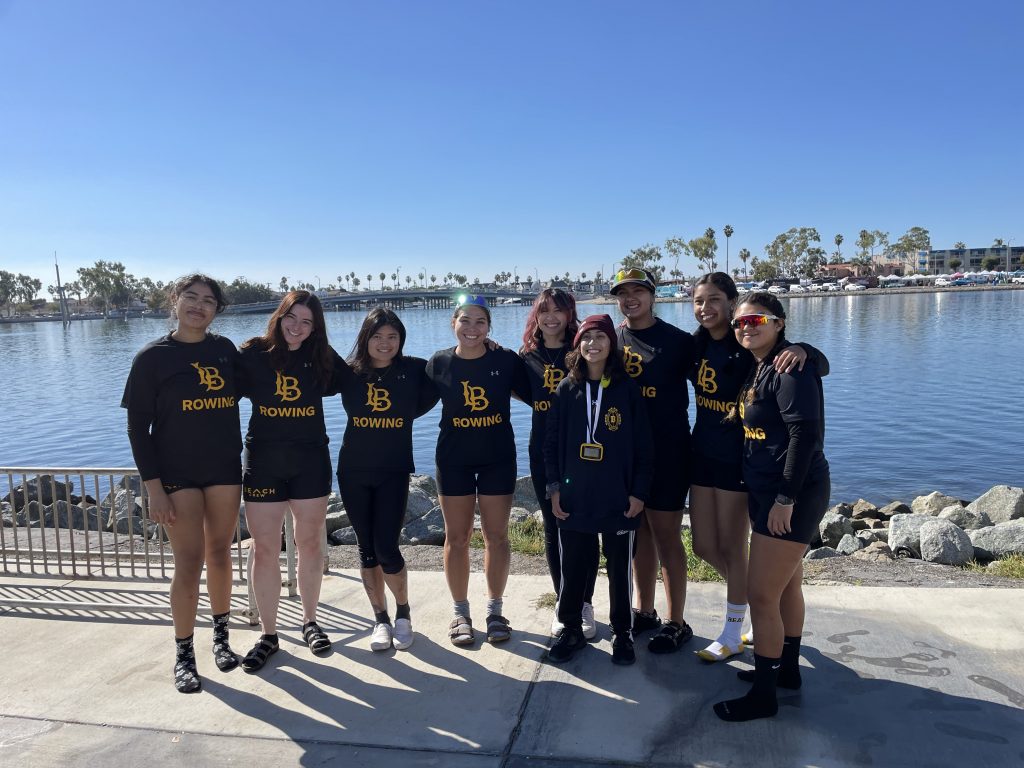 The Long Beach State Women’s Crew poses for a group picture after the race.

The women’s crew of eight waiting at the start of the Pancake Regatta head race.