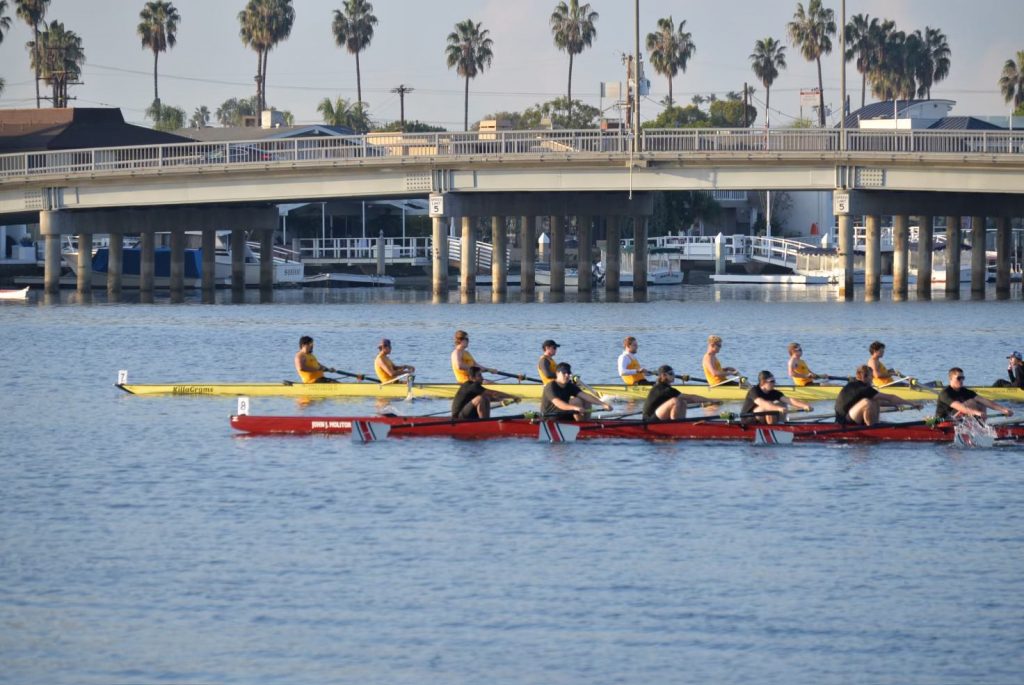 Our novice men’s eight rowed in three sprint races that went down the marina. They raced against Irvine, Sand Diego, Santa Barbara, Orange Coast, and Los Angeles in three separate races. They won their first sprint, placed second in their second race, and placed third in their last race. Novice coxswain, Emeala described her first experience racing sprints as “exhilarating.” The winner of the event was the college that earned the most points throughout the regatta. This year, Orange Coast College earned the most points and received the Queen Mary Trophy. This year’s Pancake Regatta was a great and useful experience for our crew and for all who participated. 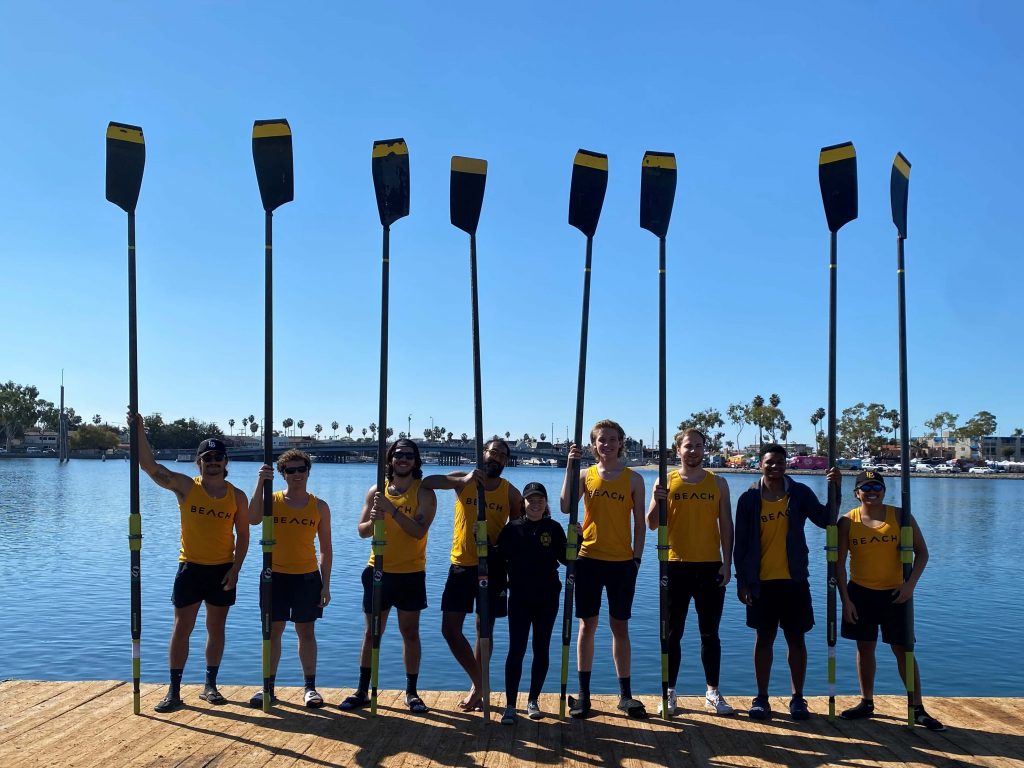 Varsity eight in the head race with San Diego State University behind them.