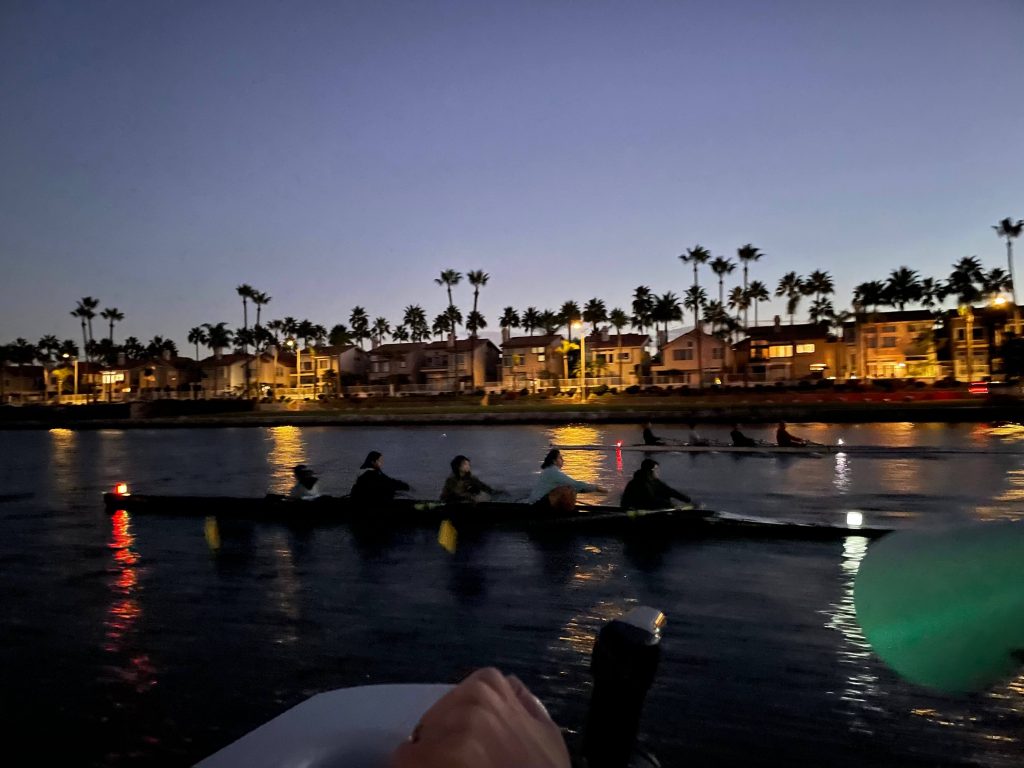 On a dark and windy morning, the California State University Long Beach Women’s Crew roll out a coxed four-boat from the boathouse. They have been rowing in small boats this week. One rower, Kiley, sets up a tub single for the first time. The four is the first on the water and warm up in the Marine Stadium. The women’s crew head coach, Katrin, instructs Kiley on the rules on the water. She tells her to stay on the starboard side of the Marine Stadium and to watch out for buoys. Coach Katrin helps Kiley off the dock and then hops into the launch to catch up with the four.

Katrin also coaches the Long Beach Rowing Association’s Masters Women’s Crew and their quad lined up with the CSULB Women’s Crew four to practice together. They stayed in the Marine Stadium throughout practice and both boats kept pace with each other. They did four-minute pieces where they increased pressure and rate at the last minute. Coach Katrin called for the women to reach, send, and hook their oars in the water, at the last thirty seconds of the piece.

After four pieces the Master’s Women’s Crew docked and the CSULB Women’s Crew did a cool down before taking it in. The coach went to guide Kiley after finishing with the four and quad workout. The current and wind made it a little difficult for her at first. Kiley was scared in the single at the beginning, but she built up confidence and felt more comfortable by the end of practice.

She stated that by being in a single she was able to fine-tune her technique. She docked without any problems and had a constructive first time out in a single. Overall, it was a good day on the water for the women’s crew in small boats.