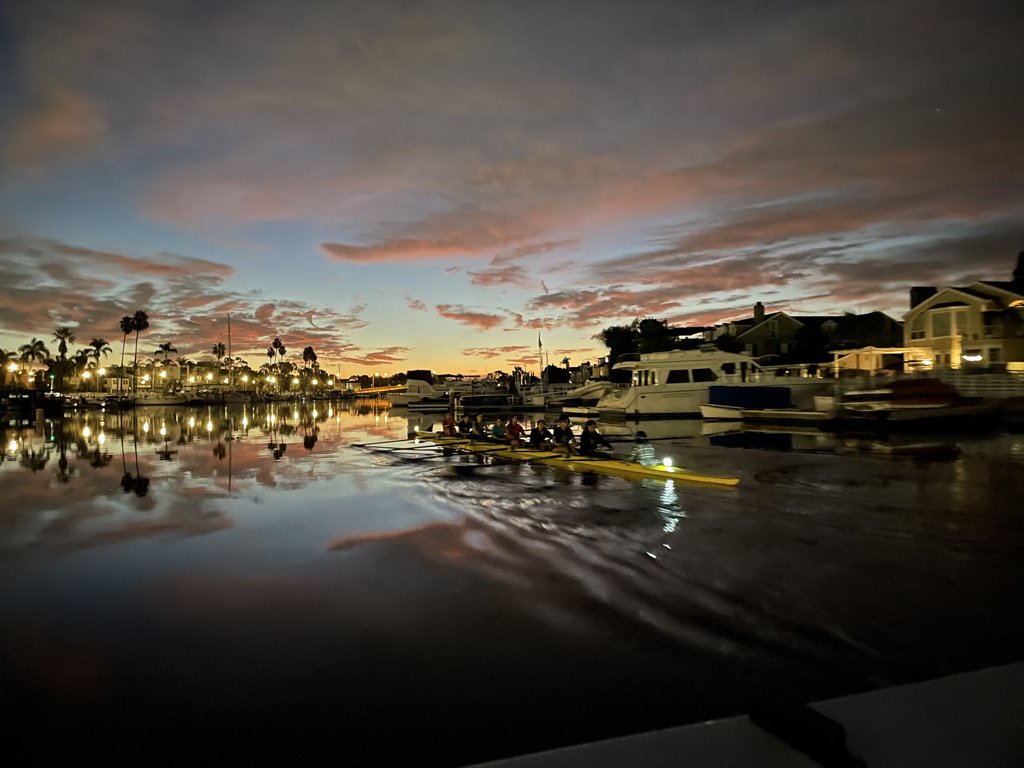 At 5:30 am on the dot, the women’s crew team carries down oars to the dock as they prepare for practice in a mixed eight of varsity and novices. On the water, practice usually begins with drills by fours with squared blades. Nadia, a recent addition to the team, is the coxswain and follows the workouts that were sent to the crew the day before. They went around Naples Island, with a launch following close behind for safety. They follow a low rate as they row by eights around the island, with Nadia calling their rate and splits. Lineups are also sent to the crew the day before and they have been switching the lineups every morning. After practice, a varsity rower Lesly stated that they often swap from starboard to port and vice versa, “I was port today and yesterday I was starboard.” The coxswains also switch from Scarlett, a varsity, and Nadia, a novice, to make sure everyone gets time to row on the water. This strategy is being used to see who fits best in which seat in the boat, so come racing season they will have their permanent lineups.

The women’s crew row by eights around Naples Island. 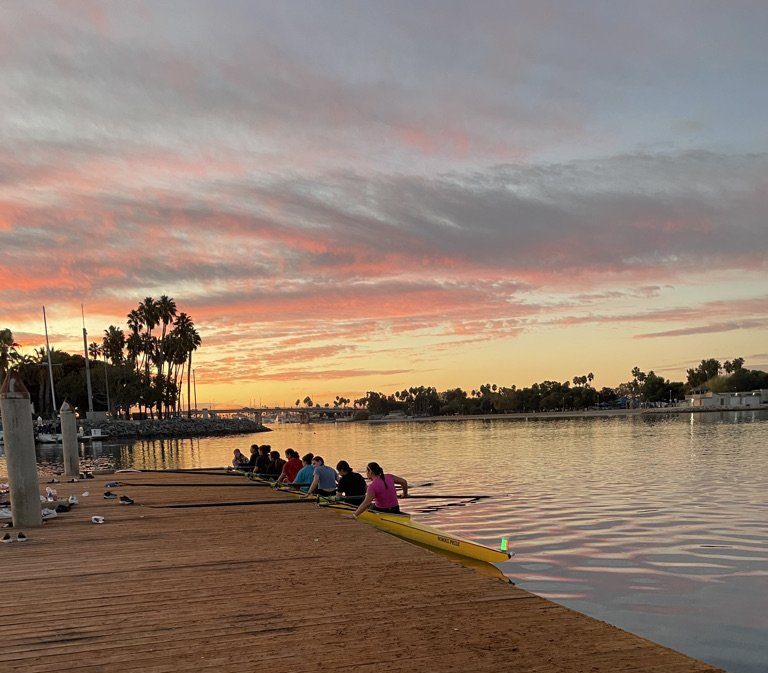 Docking at the end of practice on the water.