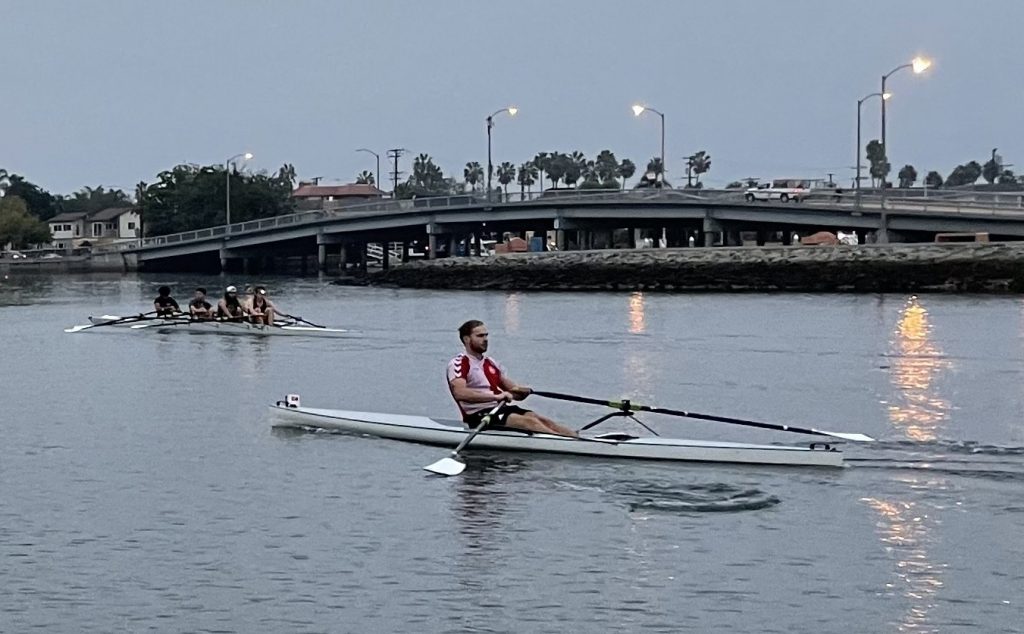 Two of our novice rowers, Frederick and Gustav, have moved up to varsity as they have shown talent, relaxation in the boat, and increased improvement. They are both international students from Denmark. After his first varsity practice in an eight Gustav stated it was tough but good overall. Gustav was also put in a single for the first time and Head Coach Mike commented, “He looks like a fourth-year rower.” At the end of his first week on the varsity team, Frederick compared varsity to novice stating, “The boat goes faster, it’s more competitive, which makes you learn more, and it’s more fun.” Frederick and Gustav are valuable additions to the Long Beach Men’s Crew. 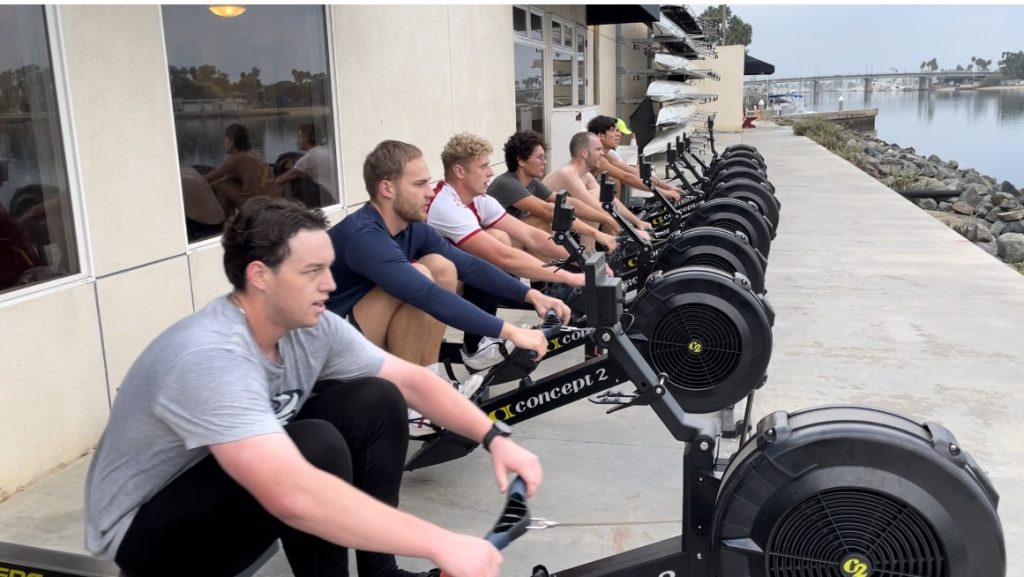 The varsity team during their erg workout. Gustav and Frederick are the
second and third from left to right.

Gustav’s first time in a single.