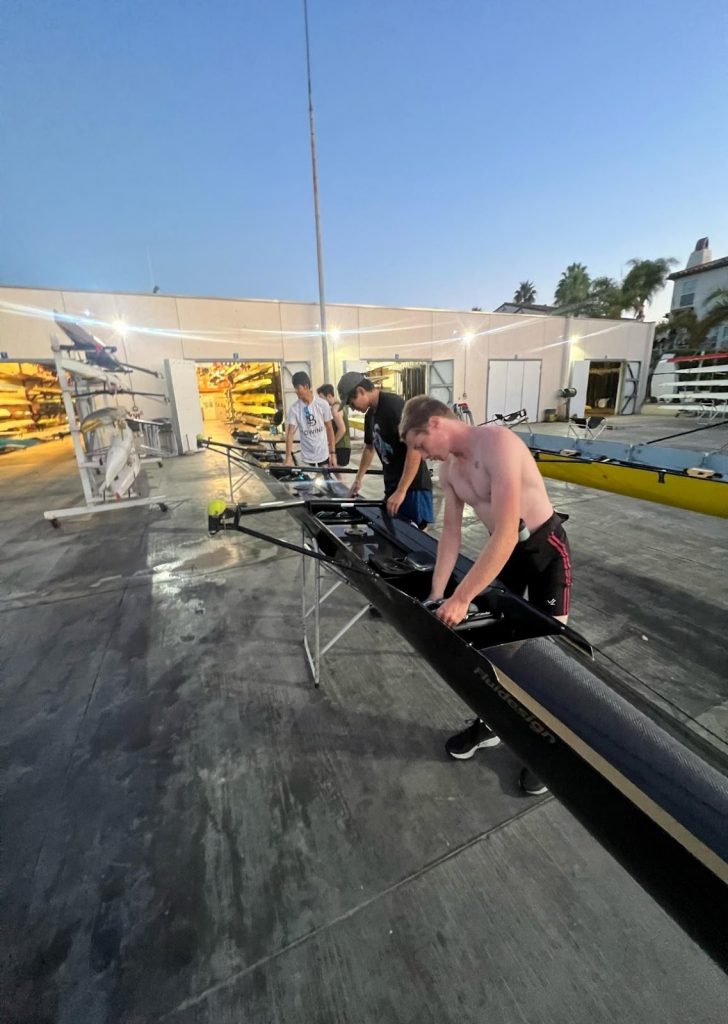 As the sun rose over Los Alamitos Bay, the Long Beach State University men’s varsity crew lowered the John O’Donnell Fluidesign four from the top rack of the boat house. They took the black and yellow carbon fiber-shelled boat out on the water for its first row. The varsity men’s crew plans to practice in and eventually race in the John O’Donnell, named after our current boatman.

That was not the end of firsts for the men’s crew as our novices got to experience what it feels like to row in a four. They started rowing in an octuple and then a sweep eight at the beginning of the fall season. In the four, the new rowers had to focus on setting the boat as they rowed in pairs. At first, the balance was a little wobbly, but by the end of practice, the set and connection in the boat were greatly improved.

Mike and Ron at the finish of the Bay Series race.

On October 2nd, the Long Beach Rowing Association hosted a Bay Series Race, and two of the men’s varsity, Mike Cervantes and Ron Reyes raced in a Filippi double. The Bay Series Race started at the end of the Marine Stadium and finished at the boathouse dock making it a total of about 5.2k meters. The double finished the race in 22 minutes and 11.5 seconds. After the race, Ron stated, “We were good holding our 2k pace from WIRA for the majority of the race. Mike and I haven’t raced together since WIRA, but it seems our teamwork is still strong as ever.” While cleaning the boat Mike also expressed, “I think the race went well overall, overpassed some stumbling blocks, have things to work on moving forward, but today was definitely a victory and it was fun getting out there again with Ron. Looking forward to the next event in November and hope to make the alumni group proud with our performance.” The start of the fall season is looking promising for our men’s team. 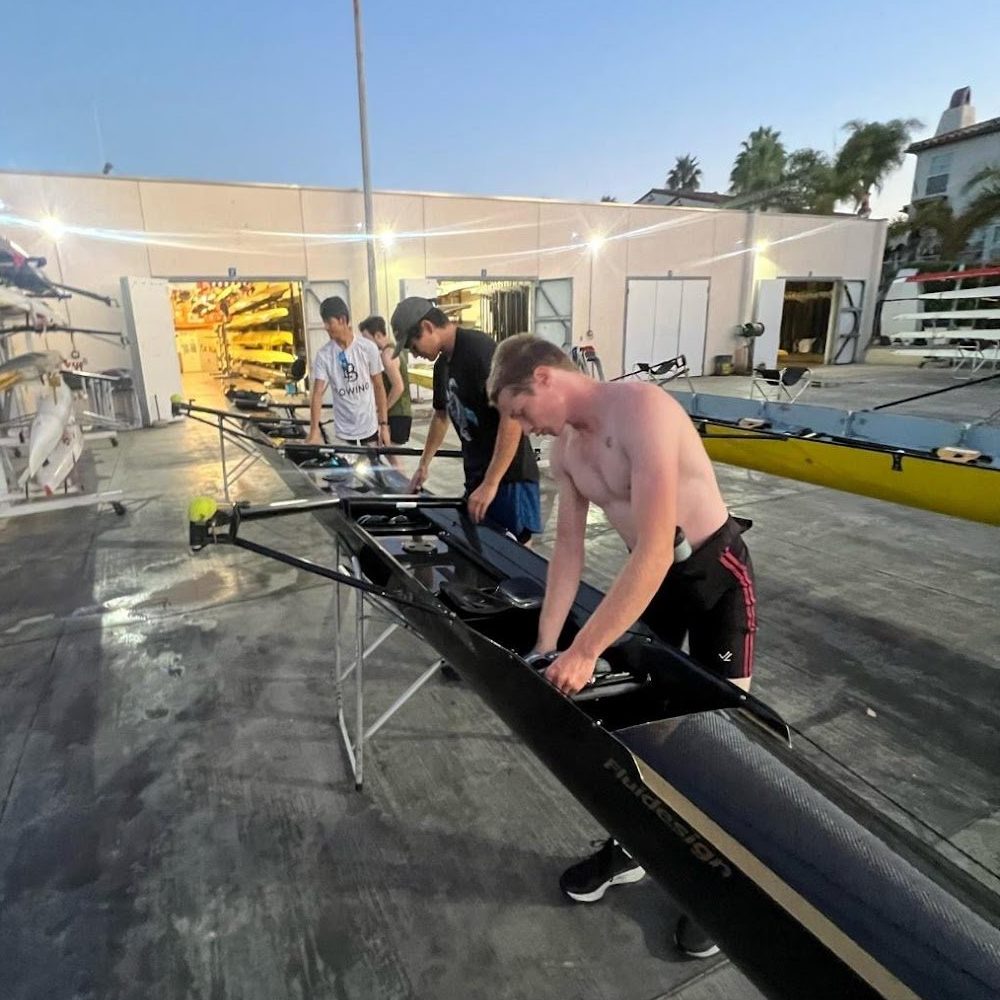