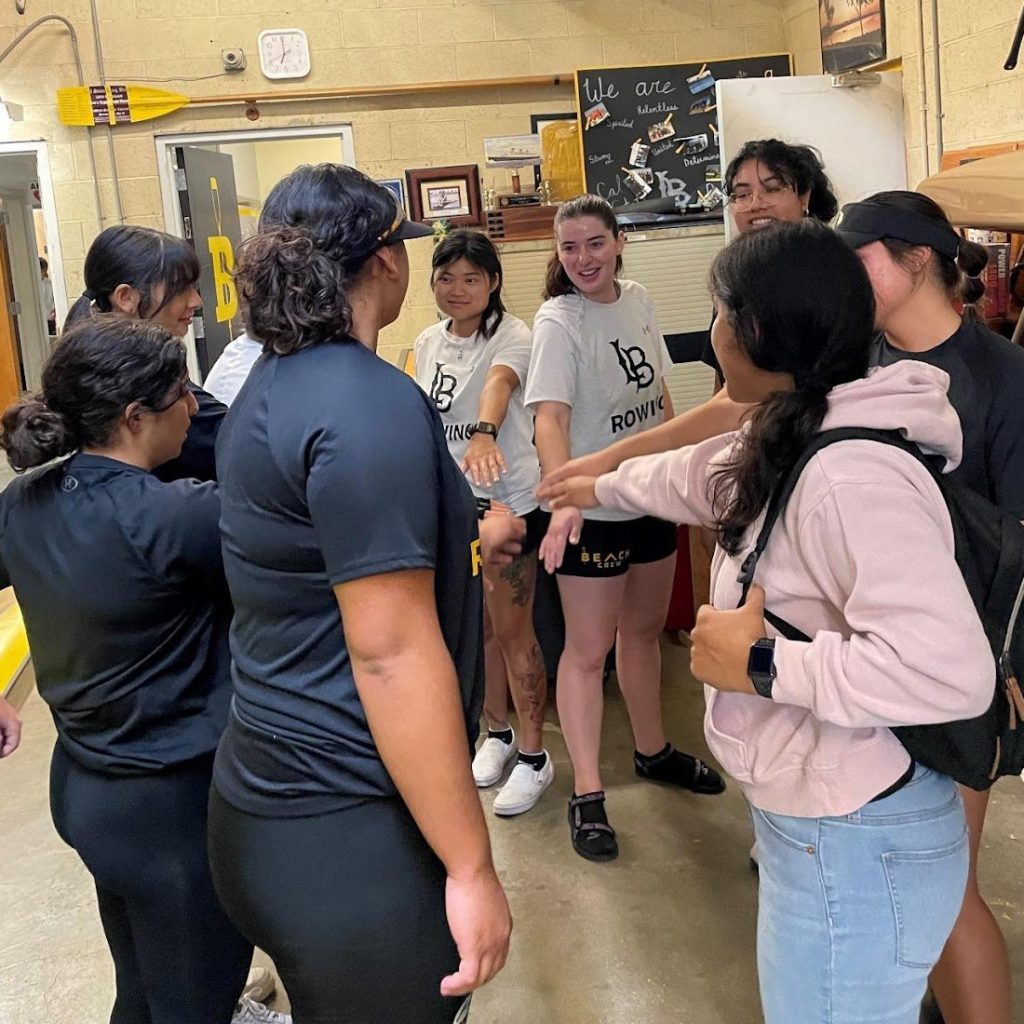 Last year the Long Beach State University’s women’s crew was only able to row in small boats of fours, doubles, and singles. After this Fall’s Week of Welcome on campus, they have recruited enough novices for the whole crew to row in an eight. They have been practicing in a mixed boat of both varsity and novice, which helps the novices learn from more experienced rowers. After practicing Sabrina, a varsity rower stated, “The eight is feeling good.” 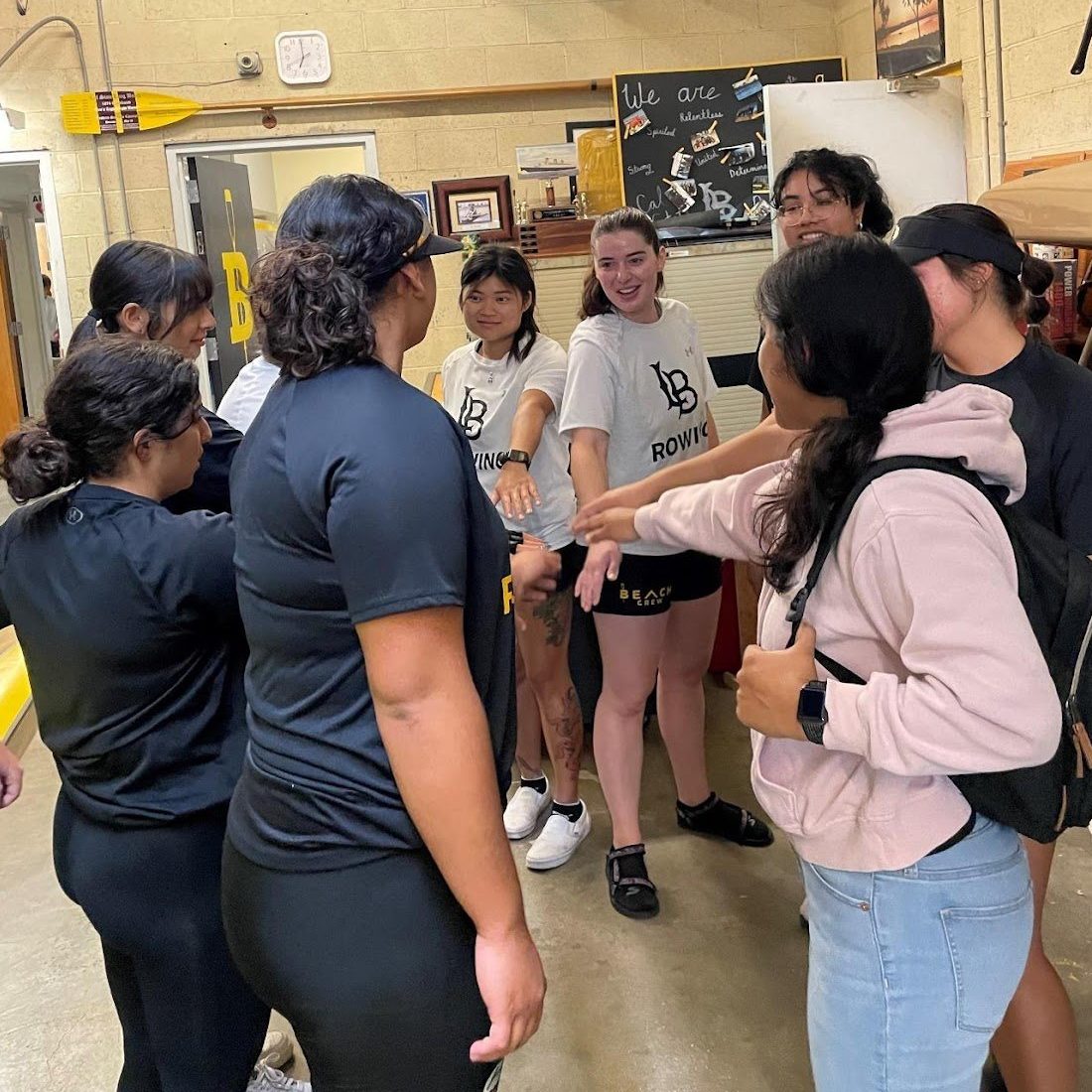 The women’s crew huddle up for a Go Beach cheer before their first race.

On Sunday, October 2nd the women’s crew huddled together for a Go Beach cheer before their first race of the season. They had entered their eight into the Long Beach Rowing Association’s Bay Series race. It was about a 5.2k meter head race in Los Alamitos Bay that started at the end of the Marine Stadium, went around Naples Island, and ended at the dock of the boathouse. For the novices, this was their first race. One novice, Kylie said that she did not feel nervous pressure before the race and that it felt like “good pressure.” The women’s eight was the second boat to start their race and they finished in 26 minutes and 6.3 seconds. While they did overcome some obstacles during the race, it was a positive experience for them overall. 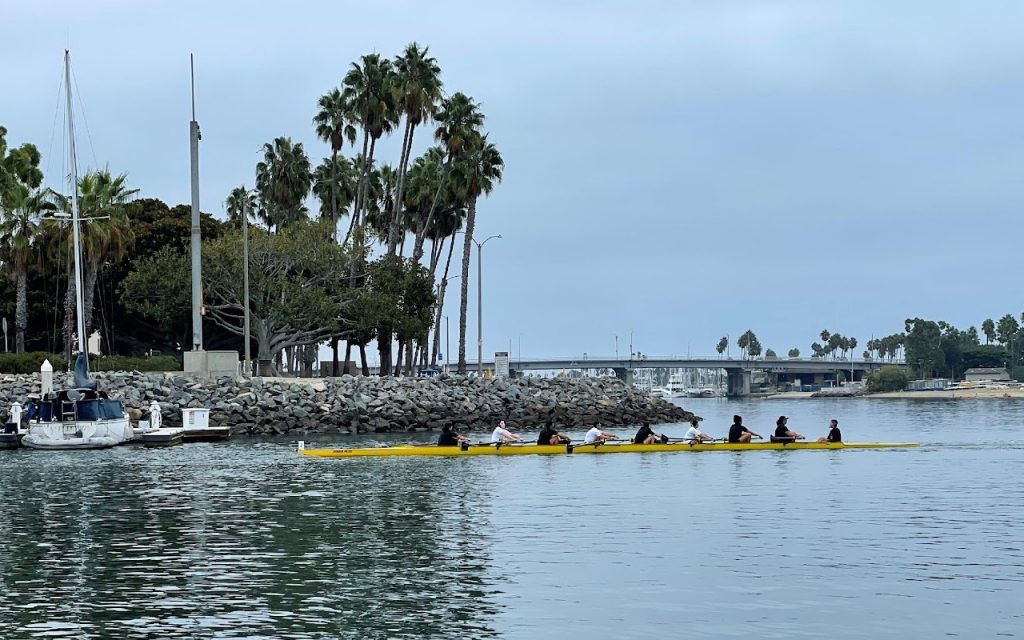 The women’s crew eight at the finish of the Bay Series race.