Beach Crew ends the season with a strong showing at ACRA!

After a year of COVID shutdowns, illness, and injuries, Beach Crew bounced back with an impressive showing at the ACRA National Championships. The team strategy was to focus on the Small Boat category entering the 4x, Novice 4+, 2x, and 1x. With an impressive showing, the Quad (4x) and the double (2x) placed 5th in the Grand Finals, and the single (1x) entry and novice Four (4+) made it to the Finals. Overall, the Men placed 9th out of 54 programs in the Men’s Small Boat category. They finished 2nd among western universities behind Western Washington. The Women entered one team who made their best showing this year, making it to the Novice 4+ Finals. Men’s team member Sean Griley became the first LBSU Rower to be selected to the ACRA All-Region Team (the ACRA version of All American). Congratulations to the team and coaches! All your hard work paid off! And thanks to all the BCA members for your moral and financial support, helping to make this happen!

To get all the results go to, https://www.americancollgiaterowing.com 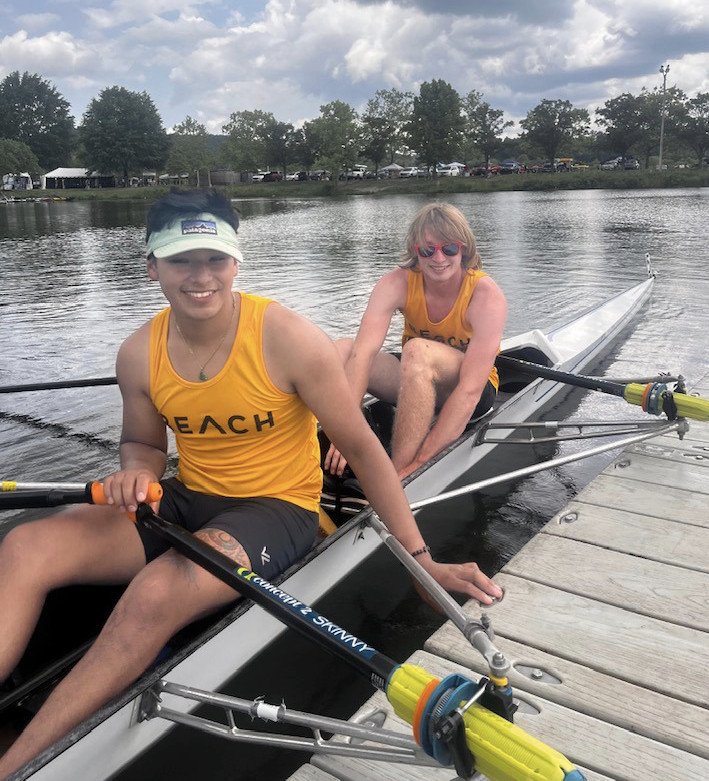 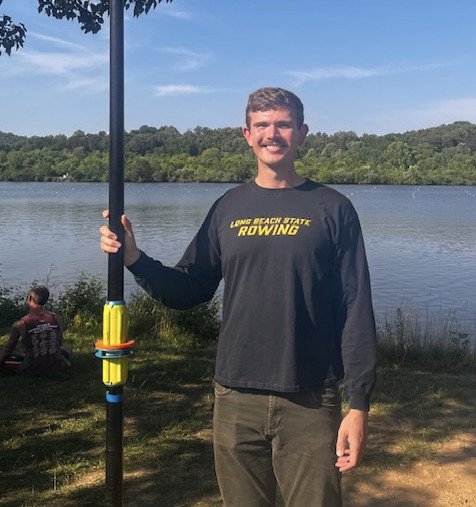 The last six weeks of this season were tumultuous. We experienced serious injuries to 2 of our main stay Varsity 4+ members and they could not race at WIRA. Luckily the Novices stepped up and performed at the championships!
Well rowed by ALL!

Attendance to our national championship regatta was uncertain all the way until two days before our event. We needed clearance from University President Conoley‘s office to attend a race in Tennessee due to gender inequity laws present in California. That legal issue approval did not come until nine days before the championships. A few days later, we had a teammate (stroke of the Novice 4+) come down with Covid and he could not travel. We did not get team Covid clearance to travel until two days before our event in Tennessee!! All the while we were dealing with serious arm injuries to our 2 main varsity athletes. Both the men’s doubles and the men’s quad rowers were rowing with serious shoulder and rotator cuff injuries that hampered their performances. A tough break! We showed resilience and guts and our results speak for themselves, Small boats points team title: 9th of 54 teams entered.

Coming into racing in the Spring we lost our seasoned coxswain due to personal circumstances. As a result, the women turned to small boats, racing in the pair and double at WIRA. As we prepared for ACRA, all possibilities were considered and different lineups were tested, with the winning lineup being the four. this lineup saw one of our novices from the Fall, Laurel Harnish, stepping up to the role of coxswain, and one of our Spring recruits who joined in mid-March, Karla Ramirez, filling in stroke seat. These positions were well-earned, and both proved it with their performances at ACRA.

During their first heat at ACRA, they were off to a rough start but brought themselves back into the field of crews. Coming into the 1000m mark there was a very clear shift in the boat, and they closed an open water gap with the boat in front of them from around a boat length to being bow ball with their 2 seat. They finished in fifth place.

With nerves out of their system, they had a much better start in the repechage later that day, and they raced a much cleaner race despite the rougher water conditions. They were neck and neck with another crew for a majority of the race but pulled ahead in the final sprint for a third-place finish.

In Saturday’s semi-final, the women again rowed a more technically sound race. They were neck and neck with another crew again for the majority of the race, this time coming in just behind them by 1 second. They finished in fifth place with an overall time of 16 seconds and 19 seconds faster than their first and second prior races, respectively.

On Sunday in the final, they had a decent start but lost some ground in the second 500m of the race. During the second half of the race, they pushed hard and closed the gap between the two crews in front of them from open water to half a length. They finished in fourth, pulling their fastest time of the regatta, 31 seconds faster than their first race two days prior.

While the results weren’t what we had hoped, I couldn’t be happier as a coach. They improved every race and showed the mental resolve to keep pushing when neck and neck with other crews. They also showed an ability to pace themselves in a race rather than starting out too hard and burning out quickly, which is impressive for novices. Each of the girls in the boat worked extremely hard and I’m glad they were able to have this experience.

In a season where we’ve had to rebuild the team from the ground up with no varsity squad for them to model after, their commitment to the team has been unquestionable, and the camaraderie they have has made the team stronger. They’re exactly the kind of athletes a coach hopes to work with: dedicated, supportive of each other in their efforts to improve, and ready to put in extra hours when preparing for races. I’m honored to have coached them this season and I can’t wait to see where they go from here, rowing for the Beach and beyond. 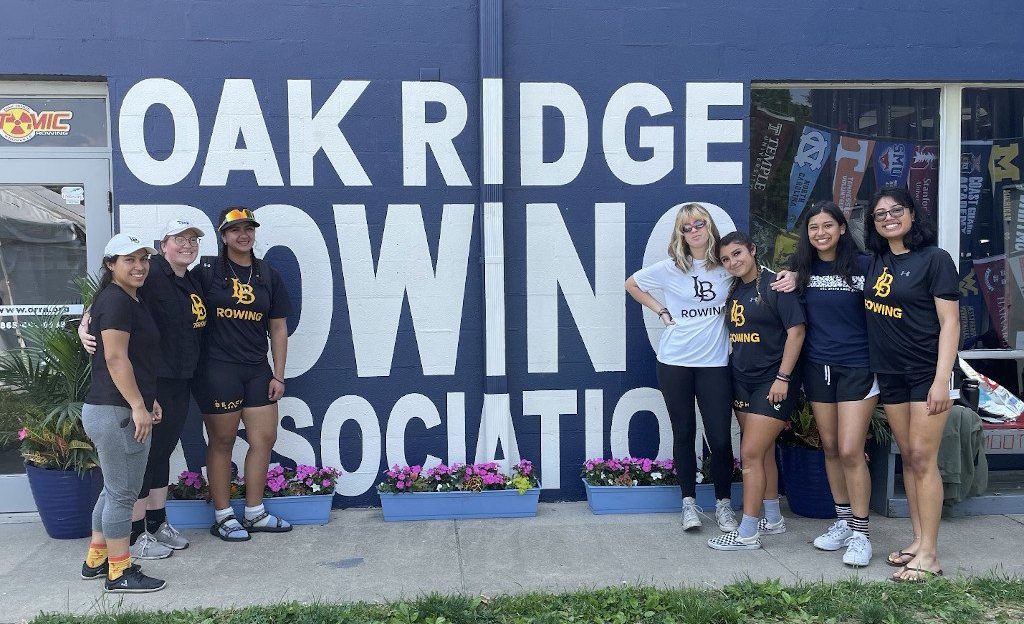 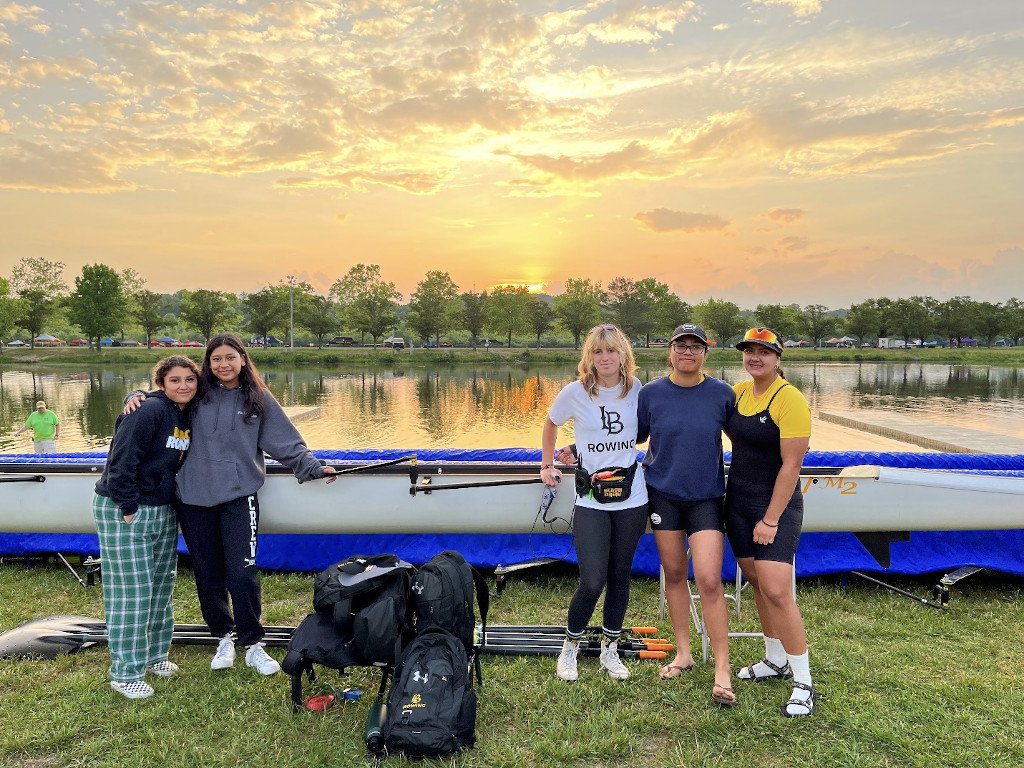