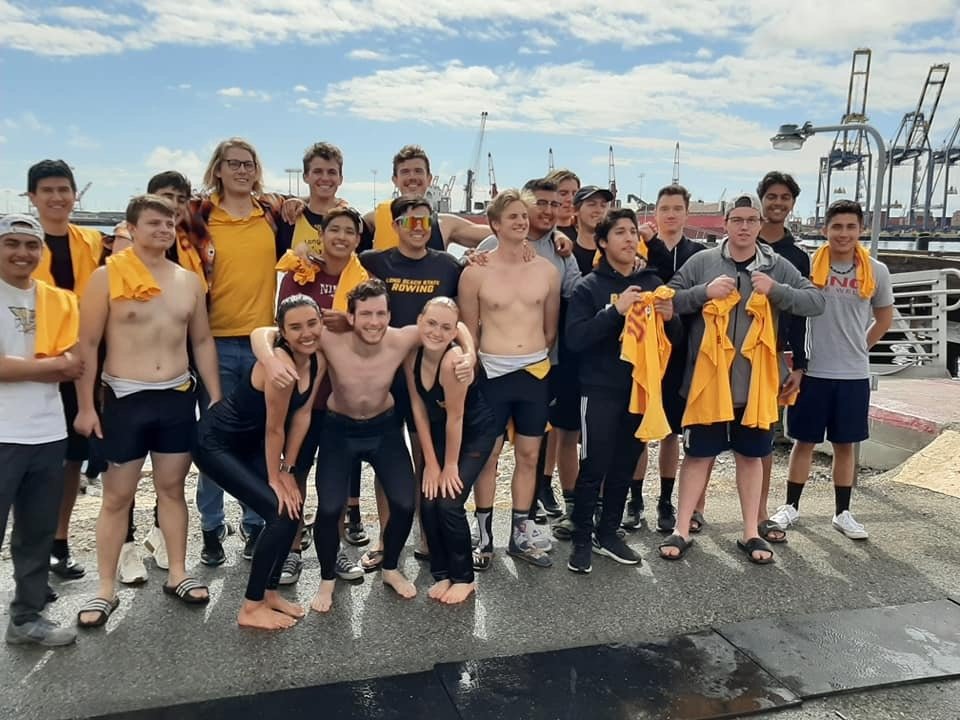 Saturday, March 7th, Men’s Crew headed to the Port of LA for a day of racing against USC. Five events took place with both novice and varsity boats competing.

The Novice 8 won their first event of the morning by two lengths open in front of USC’s novice men. Success continued in their second race; the novices won again! This time with four lengths open on USC. Novice coach Ron Long we thrilled with their performance.

Unfortunately, success fell short for the Varsity 4+. The Varsity 4+ finished behind USC by three lengths open.

The day concluded with a final win for the novices. The Novice 4+ won their race against USC’s 4+ by three lengths of open water. 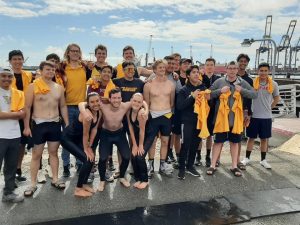 Beach Crew celebrated their win of four out of the five races with coxswains tosses! Novice coxswains Andrea Canchola, Gabby Brodowski, and Zach Gorman all got a taste of the tradition!

Sunday, March 8th tested Men’s Crew against heavy competitors such as OCC, UCLA, and UCI at the UCLA Classic. This regatta was held at the Ballona Creek Regatta Center in Marina Del Rey.

The crew has a lot to take away from this weekend; with every success comes boundless challenges to overcome. Novice and varsity members celebrated wins on Saturday and continued to experience and learn from hardships.

No results were posted from USC’s regatta.