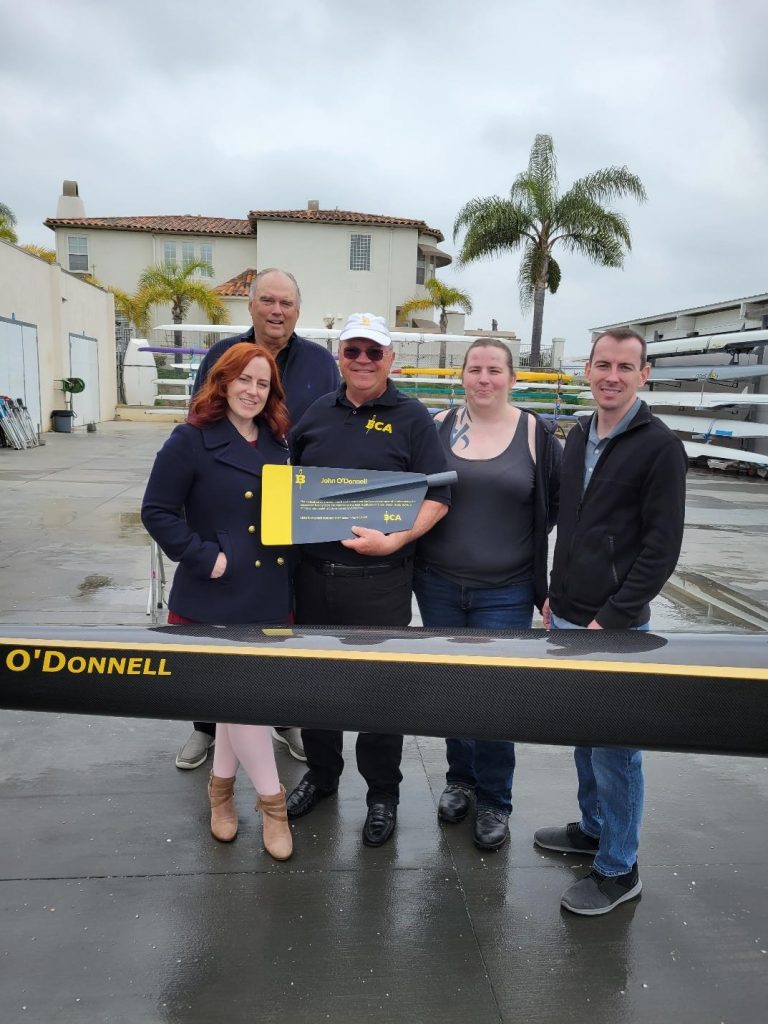 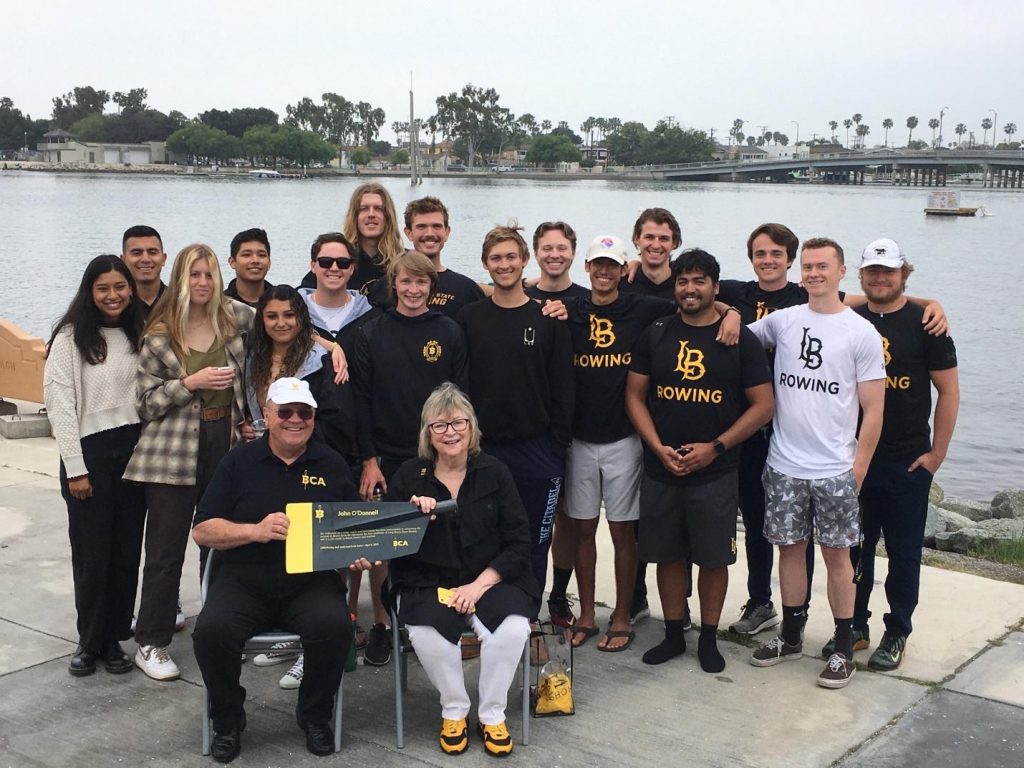 His dedication as a rower, coach, and boatmaster has been instrumental in advancing the success of Beach Crew. He represents the best traditions of Long Beach State Rowing and is a role model to future rowers and coaches.

Standing in front of his new boat, John shares the event with his children (Left to right) Caitlin, Rayne, and Sean along with BCA President Ken Glenn.