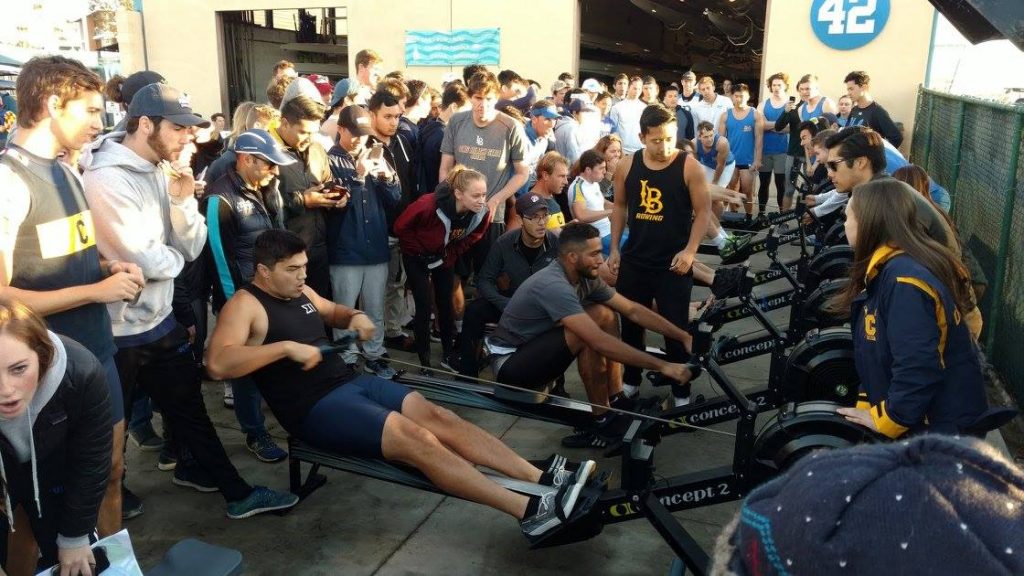 After a relaxing and well-earned Thanksgiving week off, Long Beach Men’s Rowing team participated in another regatta the weekend after they returned from break. Hosted by UCLA’s Rowing program, the Ballona Creek Grand Prix was approximately a 5000m head-race with an interesting twist; after the start and a straight-way, coxswains steer their rowers, making a gradual turn down the course, and are challenged with making a U-turn to race back to the direction of the start.

Before the races have even begun, lanes were chosen based on a 1-minute race; each team had a rower from their boats to represent them in this heated erg-off to fight for the advantageous lane. Needless to say, this intense competition started the morning off right, with every team gauging one another to see who will prevail in the race that was to follow. Long Beach State did fairly well, with the Men’s Novice taking second place in both of their heats that they competed in (4+ and 8+). The novice prevailed and gained a large lead, thanks to masterful decision making during the unique U-turn of the course; Long Beach Novice coxswains chose to have the rowers on port side hold water while starboard side brought them around, a different strategy when compared with the other rowers of their heats. While Men’s Varsity didn’t place quite as well as the Novice, many commented that it was a good row, as this was the last head-race of their Long Beach State Rowing careers.

Overall, it was an exciting regatta that showcased the potential of the Novice team, as well as the varying strategic courses in the sport of rowing. With laborious efforts during the winter to achieve results, the Novice will continue to chase for the Gold in the upcoming Spring season.