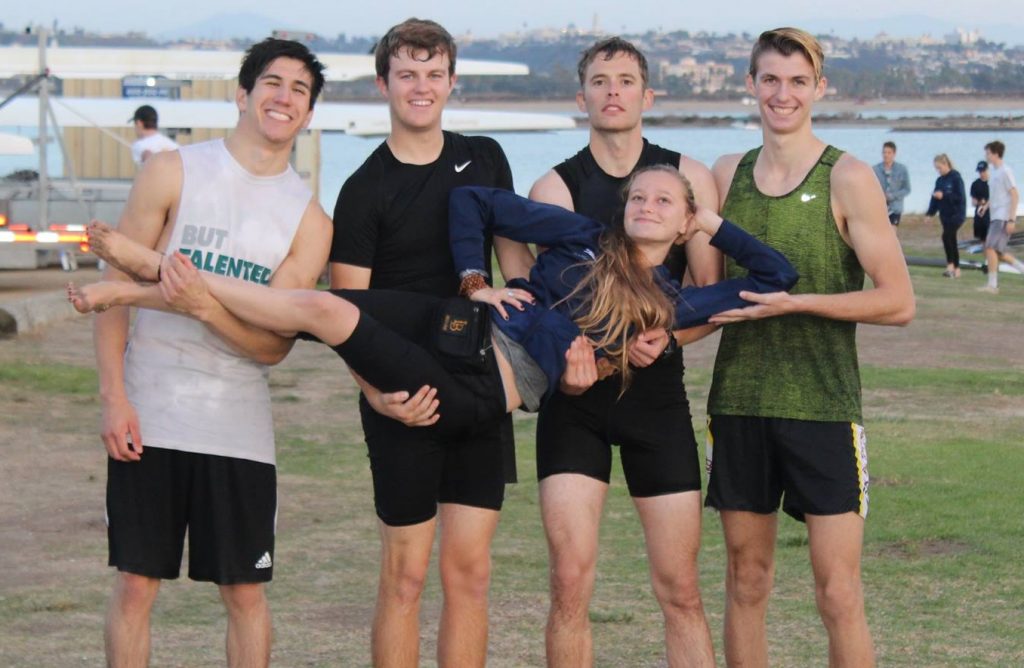 Held every Fall on the waters of Mission Bay, this year’s San Diego Fall Classic Regatta took place the last weekend on November 12th, 2017 (11/12/17). The weather was chillier than the city of Long Beach, which is to be expected out in San Diego. The water conditions were relatively calmer than they normally are. 36 different clubs entered to race in this competitive head race, with clubs ranging from Arizona all the way to Vancouver coming out to represent their area. The events exhibited juniors, collegiate athletes, and Masters alike. The San Diego Fall Classic was the first away-regatta that Long Beach has participated in, and a 2-hour drive to boot! For many of the novice rowers, it was a new experience that showcased the different range of rowers in the competitive atmosphere. Long Beach State earned one medal during 2017’s San Diego Fall Classic; the Men’s Novice 4 (lightweight) boat took the bronze medal by placing third in their heat. In addition, a special shout-out to the LBRA, who were exceptional during the regatta. As a novice myself, the vast number of experienced rowers motivated me to focus on continuing to train hard, even after giving it our all during our head races. Both the women’s and men’s team trained consistently leading up to the largest regatta of the fall season, and loosely quoting assistant-coach and ex-rower Sean McCrea, regattas are a culmination of the practices and preparations leading up to the race. With a few more regattas left this season and the novice of both teams having a taste of a true competitive environment, this experience propels, or will propel, the rowers to train even harder for spring season! Thank you everyone that was involved.

Results from the regatta: https://www.regattacentral.com/regatta/results/4975_9243.pdf