Varsity rower Rikki Oden found a spot in the shade to relax before her race at last year’s Head of the American.

Women’s novice coach Megan Smith has always stressed to the team that sleep is extremely important for athletes. I have never tested this theory until several weeks ago, and it is incredible how much better I feel physically and mentally.

I did not develop bad sleeping habits until high school when I was put into an accelerated program that required a certain amount of Advanced Placement and honors classes. I remember staying awake until 2am, writing Cornell notes for a 30-page chapter…only to receive a stamp that stood for credit when my teacher looked over it for a brief second.

This was the norm. I figured my body was used to it. And since then, I’ve always had around 4 to 6 hours of sleep.

Just before the last erg test, I started forcing myself to go to bed at 10p.m. The first morning left me feeling groggy, and I couldn’t understand why. However, the more nights I practiced sleeping, the better I felt.

No matter what, you are going to be tired when you wake up at 4:30a.m. It is totally unavoidable. However, I noticed that a good night of sleep can sure make warming up feel a lot quicker. Since I was already so awake, I could focus on catching up my body to my mind. By the time the team reached the 500-meter pole at Marine Stadium, I no longer just felt warm…I felt good; I felt ready.

The greatest benefits more sleep provides are energy and concentration. More energy results in a better performance. In crew, this has helped me maintain my technique throughout entire practices. When I’m tired, I tend to slouch and use less leg drive, which results in lower-back pain.

This week, I am taking midterms, so concentration plays an extremely important role in studying. Last night, I stayed up until about midnight reviewing notes.

I woke up feeling worse than ever…perhaps because I was no longer used to it. Since it was Tuesday, the women’s team worked on land. Varsity had two 30-minute pieces with 4 minutes steady-state and 1 minute full-pressure.

I ended up sitting out for the second piece because the pain in my lower back was too great, so I ran down the Stadium, instead. I hate running, so if I’d rather run than erg, something is definitely up.

I now realize that it is better to go to bed when I feel tired because it will help me recover faster and benefit my overall performance. 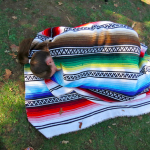 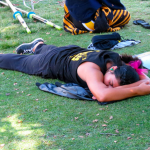 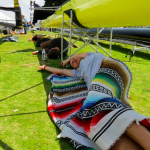 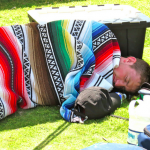 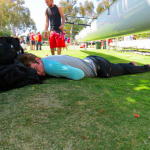 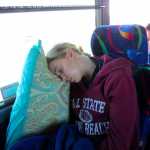 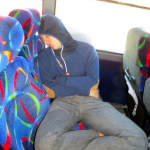 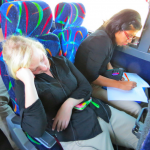 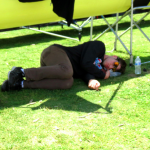 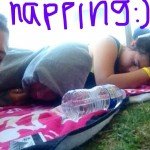