The men and women’s varsity and novice teams came together on Sept. 13 to hike at Crystal Cove and relax at the beach in Laguna, Calif.

I love the fact that I am close to so many of my teammates because all of the teams I’ve been on before rowing have never really been friends. I can talk to them about anything. We can hang out for hours just goofing around or talking about little nothings, and at the same time, I completely trust them in the boat, too.

I think that one thing that helps us develop these friendships on the team is the level of commitment shown by coming to practice early and putting in the most effort possible, but also the dedication to being around each other outside of practice, and actually wanting to do so.

We hang out at the USU during breaks in classes, and it’s something I look forward to. I walk back after class and wonder who will be around, and every time I’m there, I learn something new about somebody or start yet another “inside” joke with those I’m already close to.

This past weekend we had a team hike around Crystal Cove in Laguna, Calif. Despite the heat, it was a blast! I didn’t get to go to the beach to cool off with everybody afterwards because I had prior engagements, but it’s awesome to have events to look forward to outside of practice where we can all just hang out with each other and mess around.

These are the times when the team really gets to know each other as a whole unit and when we are all as close as we are, it’s nice to see it show in practice and races too. 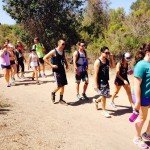 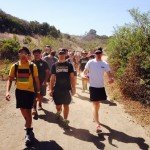 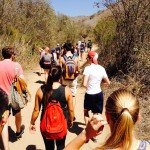 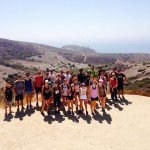 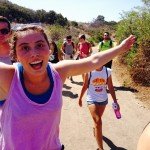 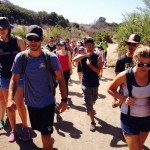