The Long Beach State Rowing Team (Beach Crew) powered through their 2,000-meter races in harsh winds at the San Diego Crew Classic on April 5 and 6 in San Diego, Calif.

They plan to bring that power to their upcoming competitions in Newport and Sacramento, Calif.

“The strong winds coming from the north favored the inside lanes one and two while making conditions progressively tougher across the course to the outside lane eight,” women’s coach Ian Simpson said.

The men’s varsity eight competed in the Men’s Collegiate Varsity Cal Cup, the first race of the regatta at 7:20a.m. They finished in fifth place in their heat with a time of 6 minutes and 41.05 seconds, ahead of the Royal Hong Kong Yacht Club and Sacramento State University, only two seconds behind University of California Davis (UCD).

“The second race was definitely better,” said Jake Skoll, stroke of the men’s varsity eight. “The water quality was a little better. I felt like we were more in unison. We just had better power and better competiveness as compared to the other race.”

The women’s novice eight was placed in lane four of the Collegiate Women’s Division II /Division III /Club Novice preliminary heat. The crew led UCD, University of California Santa Barbara (UCSB), Orange Coast College (OCC) and University of California San Diego (UCSD) up until the 1,000-meter mark – the halfway point in the race. Mills College had been disqualified before the start.

“These five crews came down the course locked in a desperate battle, with no boat giving quarter, despite the fact that they were all guaranteed to race again in the next day’s final,” Simpson said. “The officials in the launches in the following race told me that were it not for a couple of mishaps, the crew would have had a very good chance of winning the race. Given the approximate four-second differential between each lane, caused by the variable water conditions, that was testament to the potential of the crew.”

The eight finished in fifth place with a time of 7 minutes and 44.6 seconds, ahead of University of California Irvine (UCI). They were only two seconds behind UCD and four seconds behind UCSB.

In Sunday’s final, the novice women finished fourth, behind UCSD, OCC and UCSB with a time of 8 minutes and 11.88 seconds.

“Once again, the crew raced well and were narrowly in the lead at 1,000 meters to go,” Simpson said. “They faltered a little and ended up a creditable fourth place, beating UC Davis by four seconds and finishing just three seconds behind Santa Barbara. The crew’s performance was all the more remarkable as it contained three women who picked up an oar for the first time in February.”

Alexandra Savage, stroke seat of the novice women’s eight, had competed in two races prior to Crew Classic. However, this was only Reid Atkins’s and Sarah Dresser’s second time ever racing.

The women’s varsity four was drawn into lane six in the Division II/Division III/Club preliminary heat. They finished fifth, ahead of UCSB and UCSD’s B boat. Due to an error, their time was not recorded.

In the final on Sunday, the varsity four competed in lane five with the same teams: UCSD’s A and B boats, University of Central Oklahoma, OCC and Barry University. They again finished fifth, ahead of UCSB and UCSD’s B boat with a time of 8 minutes and 44.43 seconds.

“Both crews would have done better if they had been drawn into better lanes for the preliminary heat, which would have put them on a more equal footing with the crews that beat them,” Simpson said.

“The men’s novice team met my expectations Friday night, before the racing even began,” said Jonathan Flietstra, men’s novice coach. “We have two novice eights still committed to showing up every day – still committed towards coming to practice; still determined to get better, faster, stronger and become great rowers. When I rowed, by this time in the season, it was normal to maybe have eight guys left. So, when I am asked if the weekend at San Diego was successful or not, I am not looking at Saturday or Sunday. Instead, Friday evening, as I am privileged to be a part of the rowing program at [California State University of Long Beach] in this kind of growth.”

Reginald Harris, a novice who joined in January, took part in this novice boat. He had competed in only two races prior to Crew Classic.

“I think it would be better if we focused on the whole race, [so that we don’t] die off at the end of the race,” he said.

Harris mentioned that in the heat the crew had a strong start, and the petite final (places 7-12) that took place on Sunday also felt strong up until the second half.

In order to prepare for Crew Classic, the men’s and women’s teams both held double practices each day over the spring break (March 31-April 3) that lasted four to five hours each day.

“In the evening, we had practice at 6,” Skoll said. “We would do almost a repeat of our morning practice – not necessarily the same workout, but we would get out on the water and start rowing.”

Skoll added that in the future, the team would benefit if there were a greater focus on conditioning.

“I think ‘erging’ is important and a lot of strength training,” he said. “I think we need to build a lot of muscle – lean muscle. I feel like weights and ergs should be a bigger portion or at least a more prevalent portion than it is now.”

Flietstra noted that he plans to continue the team’s routine training as the crew prepares for the Western Intercollegiate Rowing Association Championship Regatta (WIRA).

“Many of them are determined to get bigger and stronger,” he said. “I do not think we can afford to take it easy going into WIRA. We will continue to do what we have been doing and look forward to WIRA and next season.”

In preparation for the WIRA Championships the women’s team will spend the majority of its time in stable line-ups and work hard on developing crew cohesion and a racing mentality, according to Simpson.

“While not as bad as San Diego, the Sacramento course can also be affected by crosswinds, and it is important to be in the inside lanes for every race,” he said. “Therefore, at the Chapman Invitational, I expect to see our priority boats perform well and demonstrate that they deserve to be seeded highly for WIRA.” 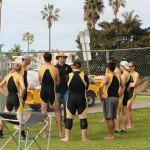 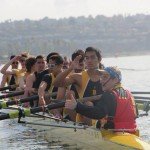 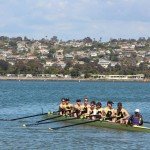 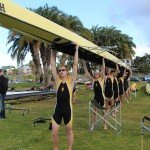 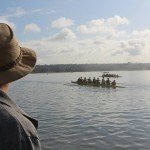 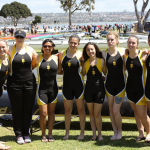 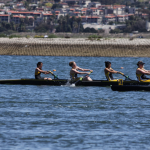 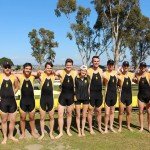