Four boats of alumni, “Win I’m 64!”, 1974 Lightweights, “Team KG”, and “Bolla & Co.” took it to the water to battle out in their annual Alumni Challenge at Long Beach State’s Fall Regatta. As a series of time-delayed starts based on USRowing masters handicaps, “Team KG” still managed to pull out way ahead, even after a 25 second delay at the start. An additional 25 seconds will be added next year as a penalty for winning… all in good spirits.

“Team KG” was a boat of recent grads going back to 2006, “KG” as an honor to the 1-year anniversary of Beach Crew’s “‘KillaGrams” Empacher 8+, named after Brandin Grams (’10). It was also the first time Brandin himself actually sat in the shell, a year after its christening.

No need to explain the 1974 Lightweights, who continue to be one happy family since being undefeated back in the day, until now.

“Bolla & Co.” was a boat brought to you by Elizabeth Bolla, a bunch of gals who just wanted to have fun. “Who cares who won,” is what they thought. All of them are happy to be here and in good spirit of life-long friendships.

Until then, see you at the Saturday Rows. 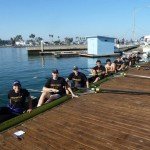 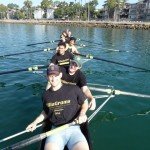 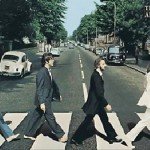 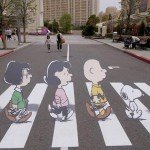 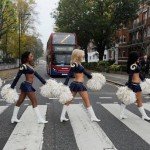 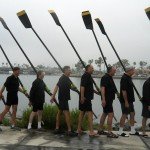 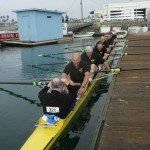 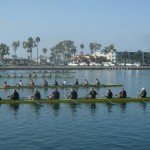 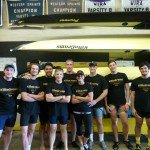